Shared Link: We are finally on Animation Magazine

A new partnership which aims to build “China’s equivalent of the Marvel Universe franchise” has been forged at the 23rd Shanghai TV Festival, with WingsMedia and Singapore’s Tiny Island Productions joining forces to build the “Starship MZ” brand.

Last year, WingsMedia got the ball rolling with a sci-fi themed reality TV show, Starship MZ: 2049, which proved a national success. The expanded franchise will build on the show’s popularity, with Tiny Island coming onboard to create additional sci-fi content for Starship MZ which is inspired by its animated kids’ series, Dream Defenders. This will develop into fresh TV series, feature films, comics and more, adapted for the Chinese market.

“By leveraging on WingsMedia’s vast experience and expertise, while tapping on China’s historical and rich legacy of art and culture, together we will bring China-made Science Fiction to the next level. ” said David Kwok, CEO of Tiny Island Prod. “We are very grateful to WingsMedia for this special opportunity.”

Dream Defenders centers on twin siblings who use a supercomputer to zap into dreamworlds in order to protect the real world from nightmare monsters. The series has sold to 80 countries through DreamWorks, and screens on five platforms in the US alone — including Amazon Prime and Discovery Family. Other key international broadcasters include Super RTL, Planeta Junior and DreamWorks TV Asia in 19 countries. 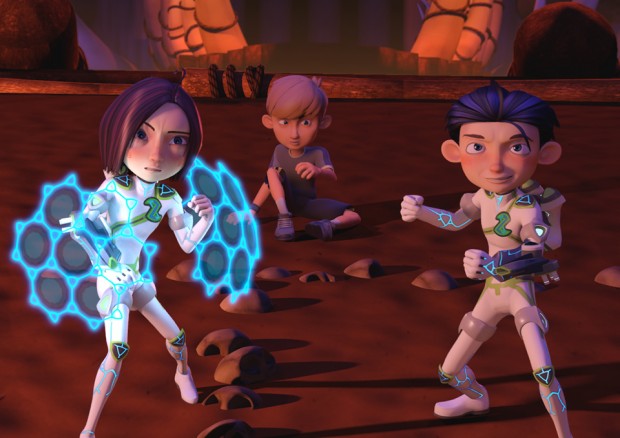 Posted by TINY ISLAND PRODUCTIONS at 02:10