We have been away for a good long time but that doesn't mean we have forgotten you :) We have been busy with the preparation for the launch of Dream Defenders at the coming MIPCOM 2012 in Cannes! Here you go with our latest updates. A list of synopsis for the Dream Defenders Series! Keep coming back for more.

#01 FOOD FIGHT – When everybody’s favorite diner owner DAVE suffers from Momok monster nightmares, the resulting real-life chaos (Dave is zombified) threatens to ruin a special school event he is hosting. ZANE and ZOEY need to travel to the Dreamworlds to save Dave’s haunted dream-self, but they have to be careful that Dreamworlds despot Icela won’t trap them once they’re there. And they must hurry, or the chaos at Dave’s diner will be broadcast on the local TV news by their reporter mother, LYDIA. 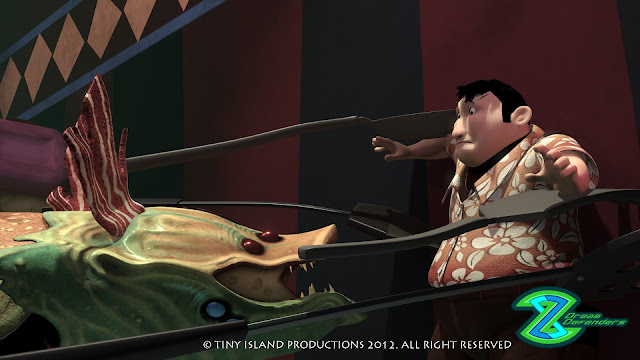 #02 LIGHTS, CAMERA, TRACTION! – At a 3-D premier at Meridian’s old movie theater, owned by PATEL’s family, the projectionist dozes off and accidently connects the projector with the Dreamworlds. Momoks, monsters from the Dreamworlds, come through the screen into the theater – though only ZANE and ZOEY and Patel know that they aren’t part of the show. Zane and Zoey must struggle with Momoks here and in the Dreamworlds while frantic Patel tries to keep the damage to his family’s beloved theater to a minimum. 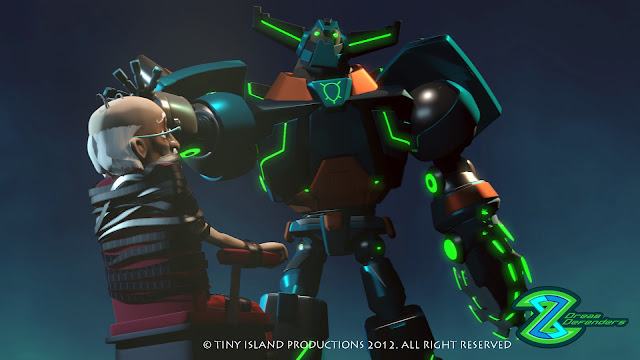 #03 I WALKED WITH A TEACHER – Bumbling engineers NODD and DRUUL devotedly serve evil Icela. They invent a Sleep Field Generator that will put entire sections of Meridian to sleep all at once so that the engineers can isolate and track down the two Human Invaders (ZANE and ZOEY) who keep entering the Dreamworlds and foiling Icela’s plans. But they need a human in the real world (shop teacher COACH STUBBLE) to construct the generator there. Zane and Zoey have to go into zombified Coach Stubble’s dream, find his haunted dream-self, and destroy his Momok monster (who is controlling him) before Stubble completes building the generator (under Nodd & Druul’s influence) and uses it to wreak havoc in the real world. 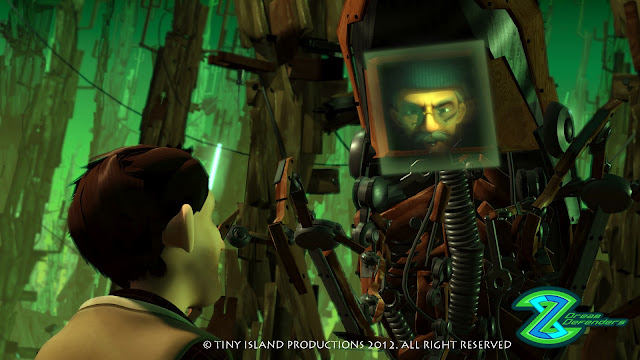 #04 GAME ON – ZANE and his friends are the latest citizens of Meridian to get caught up in the frenzy over a hot new MMOG (computer game) called Spawn of Odin. It gets personal when Zane goes head to head with the game's top player, town conspiracy nut and social pariah DENNIS BEASLEY. But when engineers NODD and DRUUL use Dennis to create a super-Momok monster from his Viking game-inspired dream, Zane must put aside his chance to beat Dennis in the real world in order to save him and stop the super-Momok in the Dreamworlds. 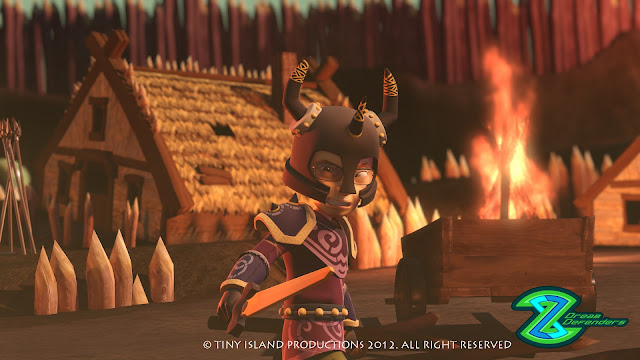 #05 ON THE BALL – When ZOEY and ZANE see TODD (whom Zoey likes, but is afraid to tell) losing a major tennis match (as if he is zombified), they realize that ICELA is to blame. Once the twins enter Todd’s dreams and battle tennis-themed monsters, Zoey spies a Dreamworlds version of herself, timidly hiding! She is stunned (and pleased) that Todd dreams about her. (That’s why Icela targeted him!) Zoey must convince her dream doppelganger to muster the courage to help defeat the Momoks that haunt Todd’s dream-self. Back in the real world, Todd regains his spirit and wins the tournament (and senses something special about Zoey). 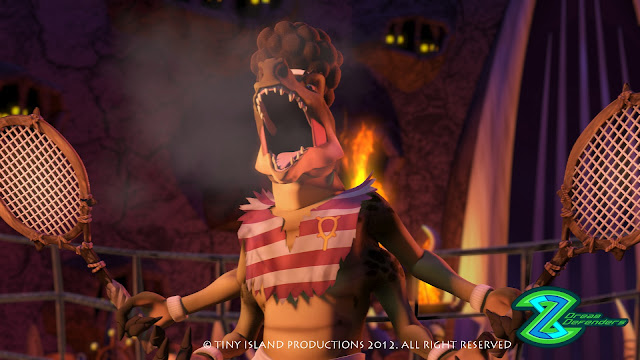 #06 WANTED: DAEDELUS OR ALIVE – Dr. Daedelus (Dr. D) created the Zeus computer that allows Zane and Zoey into the Dreamworlds from their attic. One day ZANE finds Dr. D’s old computer while on a school field trip to the Dream Research Center at “MIST” (where their dad works). Zane is accidentally sent into the Dreamworlds through the old computer and has a dramatic encounter with a mysterious teenager -- who turns out to be Dr. Daedelus himself. Or at least his dream projection. In the end it is revealed that the real Dr. D, humanity’s first dream traveler, is being held, imprisoned, by evil Icela. The twins vow to someday save him. 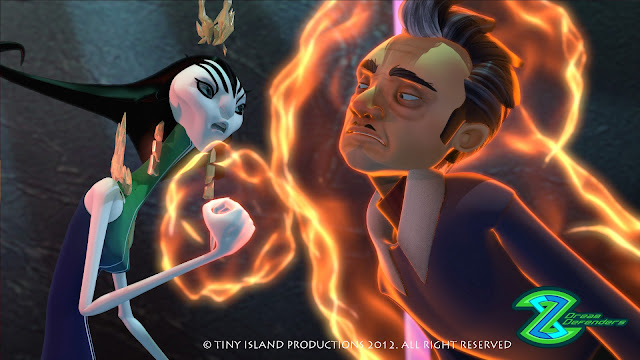 #07 THE BACK-UP PLAN – TUCKER freaks out when his laptop gets destroyed. All the data for his huge school project is gone and he has no back-up. But after learning that Tucker has been having nightmares about his project, Zane and Zoey realize that a back-up laptop does exist -- in the Dreamworlds. To locate the laptop, the twins must brave the whimsical, topsy-turvy mega-warehouse where the Dreampickers (workers who “clean up” the leavings of human dreams) work, while evading the clutches of Icela’s merciless security Momok, THE DEPRIVATOR. 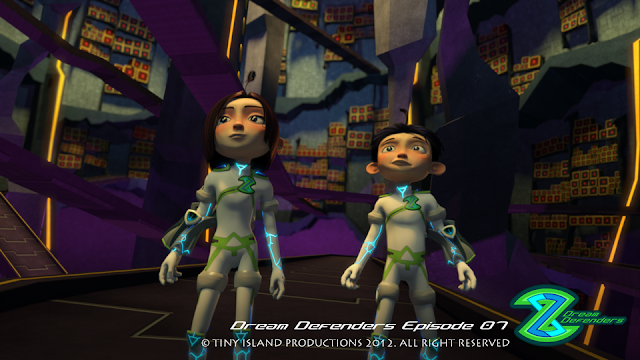 #08 THE FEVER INSIDE ME – ZEUS gets a computer virus, planted by Icela, and he goes wacko. ZANE & ZOEY travel to Deamworlds to find a cure, but Zeus’s glitches make it hard to inter-world-travel. In cross-world transport, Zeus transfers the twins’ personalities – Zane into Zoey’s body, Zoey into Zane’s – and they have to set things right, each acting as the other, all while worried about their sick friend, Zeus. 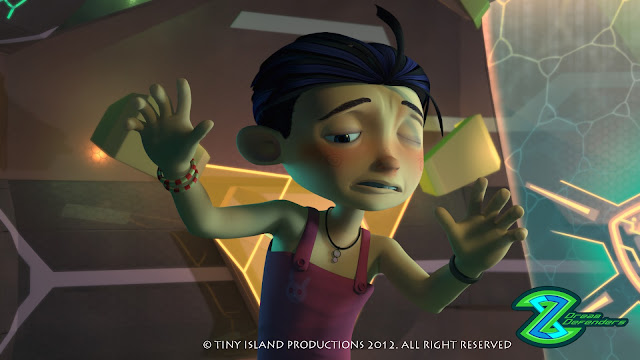 #09 THE ART OF ICELA – ICELA has a new device that allows her monsters to simultaneously invade the dreams of all of the students in ZOEY’s after-school art club. When every artist but Zoey is inspired by his or her dreams to paint or sculpt images of Icela, the growing vortex of creative energy allows the villainess to start to cross over into the real world. The twins must stop her before she fully materializes here and wreaks havoc. 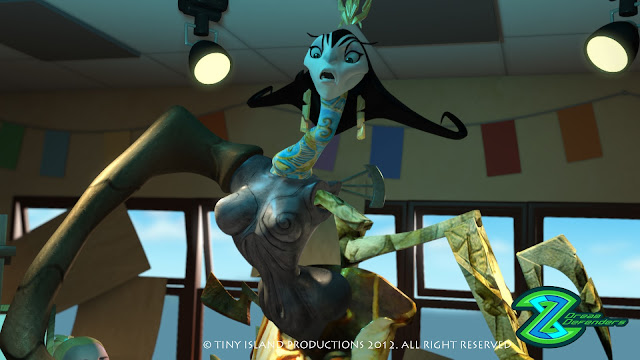 #10 NEITHER HERE NOR THERE – When the tracking module of ZANE's communicator is left in the Dreamworlds, NODD & DRUUL use it to enhance a device which accidentally connects to DR. MERCER'S (the twins’ father) experimental thought visualizer. The result is an incomplete transporter signal that puts Icela in a limbo world between ours and hers. The result is a holographic, ghost-like Icela floating through our world. Things get more complicated when Zane gets tossed into limbo-world with her! As Icela is gradually becoming more corporeal in our world, Zoey and hologram-like Zane must find a way to break the connection – or her crossover to the real world will soon be complete. 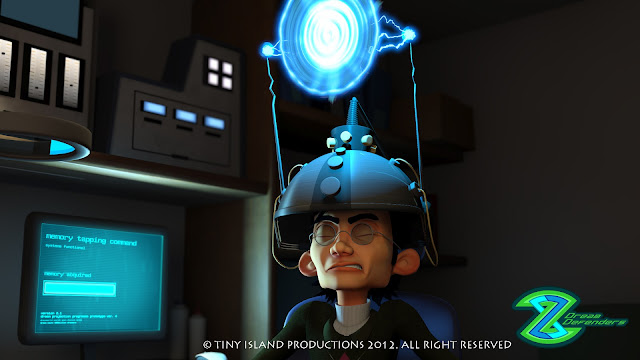 #11 PATEL MANS UP –Good student (but skinny) PATEL is desperate not to fail Physical Education (gym) class. ZANE suggests a terrible idea – have Patel let his dream self get captured by a Momok monster – turning his real-life self into a zombified Dreamwalker (but with new strength) just in time for the test. ZOEY says no to the idea, and Zane realizes he was wrong, but Patel can’t resist the idea. He does it. As things get out of control in gym class, Zane looks out for Patel while Zoey goes to Dreamworlds to deal with Patel’s Momok. 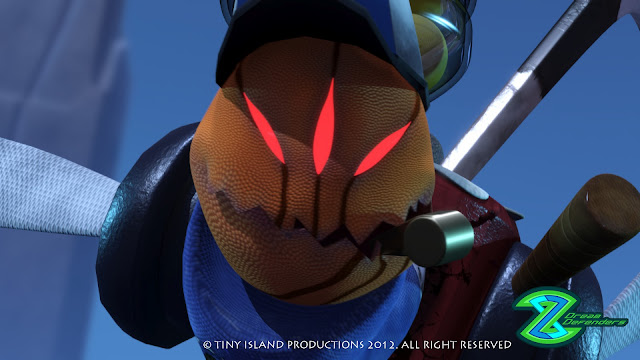 #12 THE QUEEN OF MERIDIAN – ICELA has NODD & DRUUL target a new dreamer -- a person of great influence in Meridian, perhaps its most powerful leader. When this person speaks, Meridian’s most powerful warriors (the twins) obey. “She” is, of course, LYDIA MERCER, TV news reporter and mother of the twins. When Nodd & Druul create a Momok that snags Lydia’s dream self, reporter-and-mother becomes an anxious zombified Dreamwalker, full of a mother’s fears for her children, speeding from crisis to crisis, mimicking her Dreamworlds monster trauma. ZANE AND ZOEY have to go into their mother’s dream (“Ew!”) to rescue her, and they come to a deeper understanding of their mother in the process. 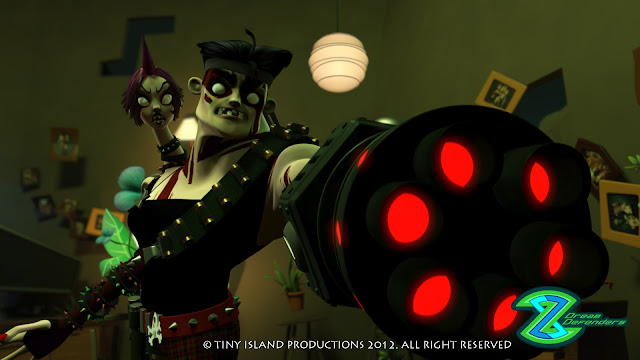 #13 THE MIND OF A CHILD – ZOEY gets more than she bargained for when she offers to babysit Dave's 2-year-old old niece, SUE-SUE. The moment Dave and his sister Lily leave Sue-Sue in Zoey's care, nothing Zoey does can please the fussy toddler. When she finally doses off, a Dreamworlds emergency forces Zoey to leave sleeping Sue-Sue in the hands of school friends VI and STEPH. ZANE and Zoey travel to Dreamworlds and discover that the Momok-haunted Dreamer is actually Sue-Sue. Zane and Zoey have to figure out what's bothering Sue-Sue’s dreams before her explosive, toddler-themed Dream Area destroys them – and before the now Dreamwalking (zombified) Sue-Sue overwhelms Vi and Steph in the real world. 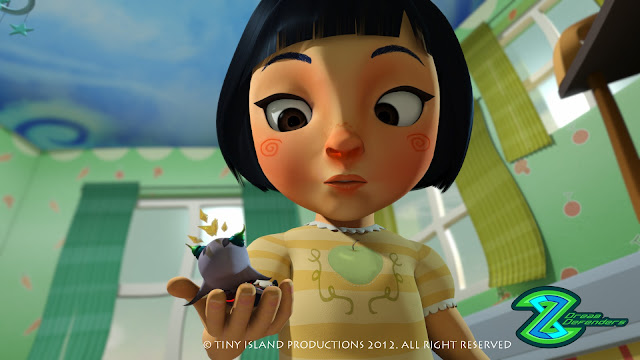 #14 SAVING PRIVATE ZANE – ZANE falls asleep without his Dream Blocker (which protects him and Zoey from attacks in their own dreams). His dream-self is captured by ICELA and her minions. When ZOEY’s solo attempt to rescue Zane fails, she recruits a terrified PATEL to impersonate him and travel into the Dreamworlds with her to rescue Zane by convincing Icela that she had captured the wrong boy. 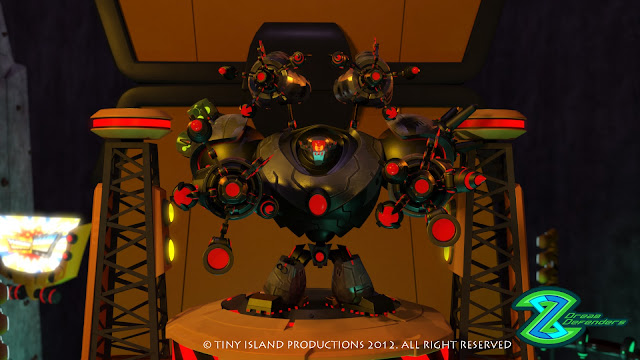 #15 FEARS OF A CLOWN – A kid at school, BILL, a “class clown,” has been annoying Zane a lot lately with pranks and practical jokes. When the twins discover that Bill is Dreamwalking (zombified), they enter the Dreamworlds to rescue his dream self. They are thrown into a terrifying carnival of scares – led by a grinning Clown Momok – all of which triggers Zoey’s deep-seated childhood fear of circus clowns. 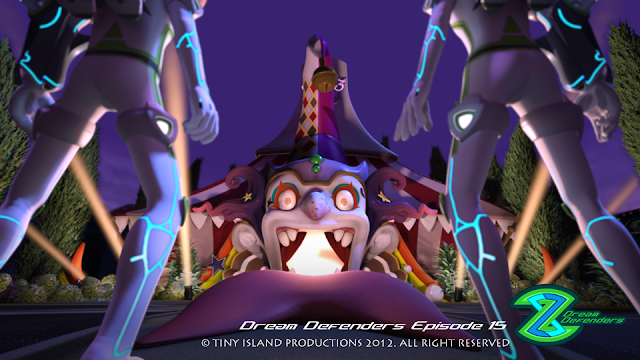 #16 DRAMA QUEEN – As perfectionist VI stages a self-indulgent school theater production – an updating of Romeo and Juliet – she drives herself to nervous exhaustion, so her dreams present a tempting target for ICELA. ZANE AND ZOEY, despite their annoyance with Vi (who cast herself to star opposite TODD), come to her rescue, with Zane handling the Dreamworlds monster-fighting duties, while Zoey keeps the real world play production from falling apart. 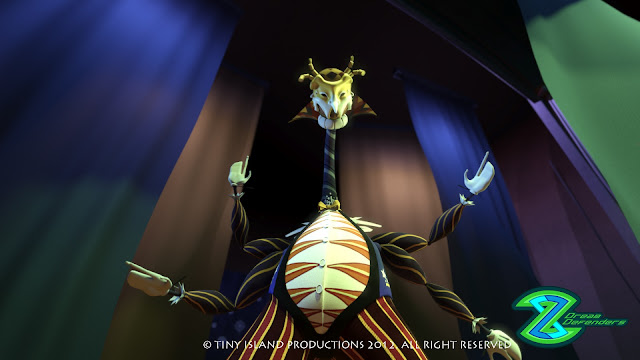 DREAM ON!
Posted by TINY ISLAND PRODUCTIONS at 00:27 No comments: